What is an Angora Goat?

Angora goats have been present in the area now known as Turkey for at least 15,000 years; their origin goes back to descending from the markhor in central Asia. Angora goats have been important to people in that area since about 3,000 B.C., and were a prized product of the Ottoman Empire. The hair of Angora goats is known as Mohair. Mohair fibers are smooth and long and made into yarn used for luxury goods such as coats and blankets. Ankara, the capital of Turkey, was once known as Angora and these long haired goats are named after this city.Angora goats are bred and raised almost exclusively for the Mohair that they provide. It should be noted that a completely different product, known as Angora wool, is actually sourced from Angora rabbits. Angora goats are the only goat that produces hair, not wool. If you like the idea of selling the hair of your goats, rather than the meat or the milk, raising Angora goats may be for you.

Where Are Angora Goats Found Today 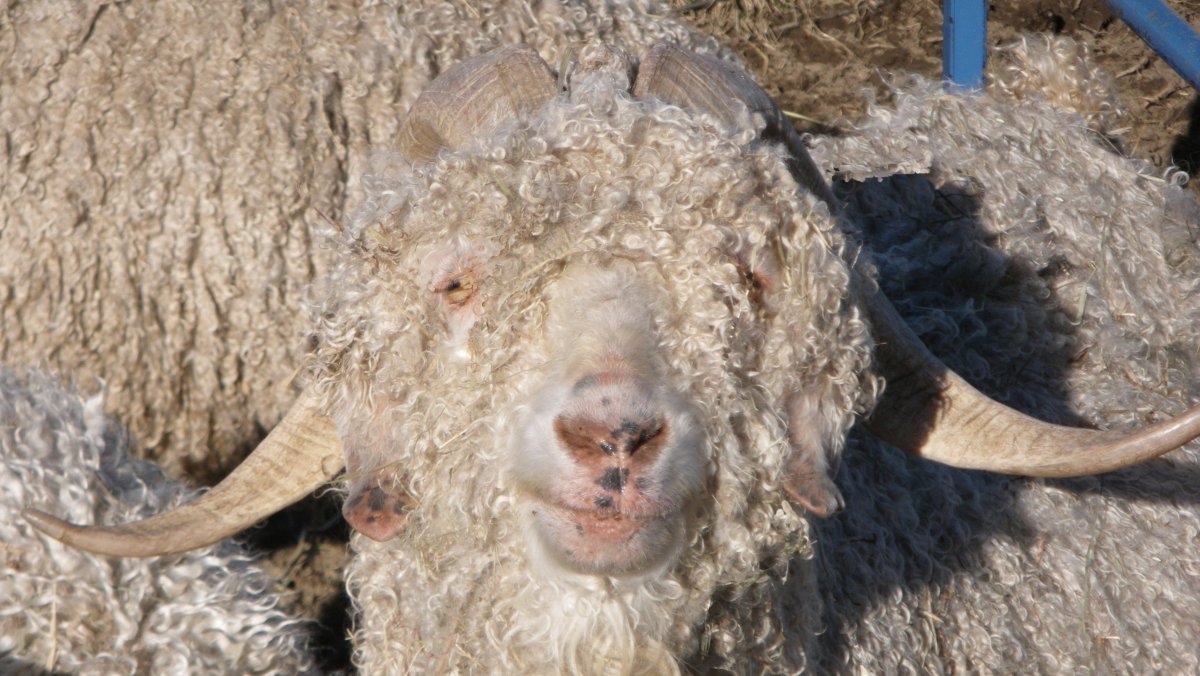 Angora Goats were first brought to Europe in the 16th century, but they were not particularly successful. A herd of unknown size did survive in France, and some of these goats were exported to New South Wales, Australia, prior to 1831. Subsequently, Angoras were introduced to New Zealand. In 1849, a small flock of Angora goats was given to the United States as a gift from the Ottoman Empire. While the American Civil War caused the destruction of most of the Angoras throughout the American South, a hardy flock of these goats settled in Texas. To this day, Texas is the center of Mohair production in the United States.Most significantly, however, Sultan Mahmud II of the Ottoman Empire sent a small flock of neutered rams and one doe as gifts to South Africa. Unknown to the Sultan, however, the doe was already pregnant and gave birth to a male kid while on the voyage, and the South African Angora goat industry was born! South Africa is still the largest producer of Mohair in the world.

What are Angora Goats Used For?

Angora goats provide Mohair, and typically only surplus goats are used for meat. As such, there is no real market for Angora goat meat or milk. Can you milk an Angora goat? Yes. Is it done commercially? Not at scale. They do make excellent pets, and many “hobby” goat owners shear their pet Angora goats to make yarn for personal use. Because of the luxurious nature of their Mohair, Angora goats can be particularly profitable. However, they do best in a terrain and climate that matches their origins in Turkey. In the USA, Texas is by far the leader in Mohair production, followed by Montana and Idaho. Globally, South Africa is the leader. Angora goats are typically raised in large, cost effective herds. Angora goats eat about the same amount of food as sheep, but produce twice as much fiber (fiber is the general term for hair and wool). Therefore, a well managed Angora goat farm can be very, very profitable indeed. Every registry has very specific requirements as well as characteristics that can disqualify animals, so if you are already raising these goats, be sure to look at all registries. The main qualities you want to look for in an angora goat is the size, the quality of the fleece, and conformation, with the fleece being the most important. The following qualities are what you should be looking for.

The hair grows about an inch each month, and an adult angora goat can produce 12 inches of hair per year (kids produce eight inches). Kids and yearlings have the finest and most expensive mohair, and it gets coarser as the animal ages. The coarse hair is also used, mainly in upholstery fabrics.

This is a delicate animal, and can be very vulnerable to inclement weather, particularly newborns and those who have recently been sheared. This shouldn’t be a problem if you have an adequate goat shelter, and make sure that they are warm, particularly does when they are kidding. They must be able to access a warm area to get out of wet or cold weather.

Angora goats are extremely gentle, and they are quite curious. Most owners become quite attached to their angora goats, because they are such sweet animals. Many have been known to be nannies to baby goats while the rest of the herd is foraging.

Because angora goats can have such a wide range when it comes to height and weight, there are no actual specifications for these characteristics with the various registries. IN most cases, a buck will weigh between 180 and 225 pounds, and the females weigh between 70 to 110 pounds. Both the males and females stand about 25 to 40 inches in height. 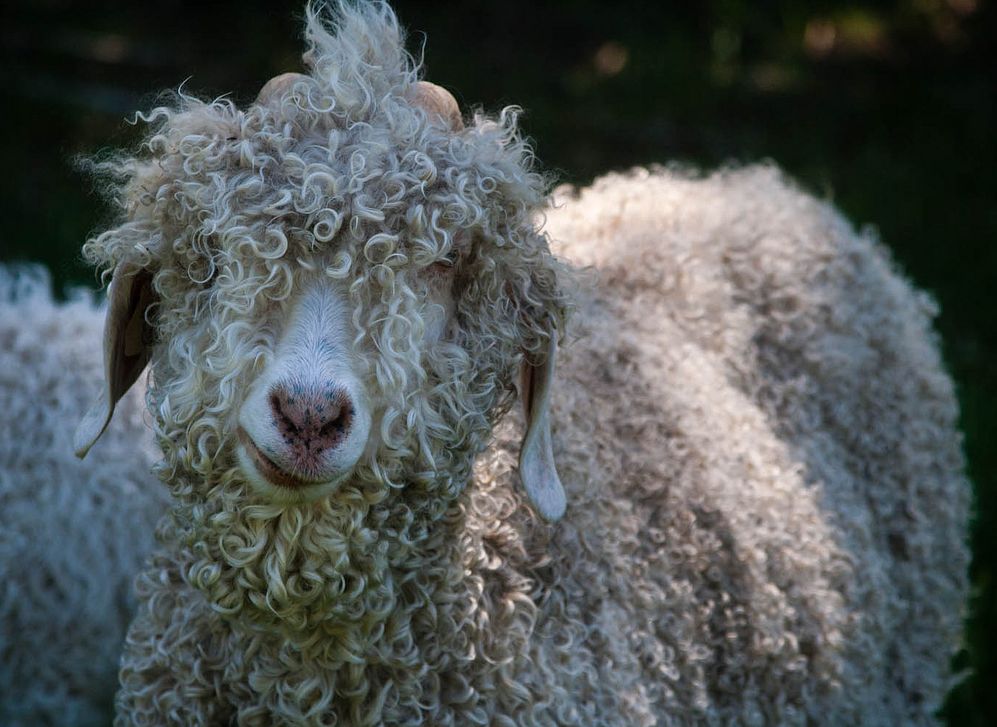 Two of the main defects in angora goats are kemp and modulated hair. You may be wondering what these terms mean. Kemp is basically hair that has fibers that are coarse and hollow, and feel scratchy. These fibers stick out of the yarn that is made from the wool.

Modulated hair is not quite as bad as kemp, but it is still considered to be a defect. The fibers are rougher than what you would want from an angora goat, but they are only partially hollow instead of completely hollow like kemp is. Wattles is another defect, and it can disqualify a goat from becoming registered.

In many ways, caring for angora goats is much like caring for any other type of goat. But, there is a bit more to it since you have to make sure the coat is healthy.

One of the most important things you can do when raising these animals is to provide them with a healthy, nutritious diet. Without the proper diet, the hair is not going to be as fine as it should be.

Their diets should consist of 20 percent protein, in addition to plenty of fresh water, minerals, and grain. They also need to have fresh forage. It is especially important to make sure the diet is healthy several weeks before you plan to breed your goats. Most angora goat miscarriages are due to an improper diet.

How Many Angora Goats per Acre?

This is a tough question to answer specifically, so we will address it in a few ways.The answer depends greatly on the amount of foliage available per acre. Each Angora goat will need about 6 pounds of forage per day.Keep in mind that as browsers, not grazers, Angora goats will prefer taller grass and weeds.An old rule of thumb is that the amount of land that can support one cow can support 5 or 6 goats. Also, it should be noted that Angora goats can cross-graze with cows.

Here are a few more things to consider when raising angora goats.

Angora goats need pretty much the same type of housing and fencing as any other goats, but with one major exception, which is to make sure they are not living in wet conditions. This can greatly damage the mohair, and it can cause a variety of health issues.

It is particularly important to make sure they have proper shelter four to six weeks after they have been sheared. When it comes to fences, you will need something pretty sturdy, such as cattle panels or electric wire fencing so they don’t roam. The biggest problem all goats have is parasites, and you will need to de-worm your angora goats regularly. Keep the herd size small, and rotate their grazing areas to interrupt the life cycle of most parasites. You will also need to prevent external parasites, such as ticks, mites, lice, and maggots, which can destroy the hair. We can’t stress enough how important it is to keep angora goats dry and clean. Their hair grows as much as an inch per month, and by the time you are ready to shear it should be four to six inches. Keep the hair clean, and free of things like weeds, moisture, and yes, even urine, between shearing. If there is urine on the fleece it can lead to hotspots, which can bring maggots.

Keep both bucks and does trimmed to avoid these issues. Don’t forget to delouse your goats. This should be done right after a shearing. It is also a good idea to get into the habit of bathing your angora goats, and trim their hooves every four to six weeks. Breeding angora goats is a bit different from breeding other types of goats. This is due to the mohair, and you need to make sure you have a healthy breeding system. Shearing is important, and they should be sheared twice yearly, once before kidding and again late in the winter before you start breeding again.

During pregnancy, if they are not given healthy diets and are not receiving the proper nutrition, there is a good chance of miscarriage, or kids with health problems. For instance, the hair follicles on the kids won’t properly form. This is why it is important to make sure that you increase the feed for both bucks and does a couple of months before breeding season.

Something to keep in mind when breeding angora goats is that they do not mature as quickly as other goats. Often, you will find they should be yearlings when they are bred. Young does should weigh around 55 pounds the first time they are bred. Angora goats are seasonal breeders, with a cycle of 18 to 21 days between August and January. It is sometimes necessary to have a buck on the property before your doe is in heat, but they should be kept in separate pens until it is time for them to mate.

An angora goat gestation period is around 150 days, and during this time you should be prepping for the kidding. This involves making sure the stall or barn is warm, and you might want to put in a heating lamp for added warmth. These goats aren’t as muscular as other goats, so it is more difficult to keep the kids warm. Your kids will need lots of feed, along with minerals fresh hay, and fresh water. The same goes for the does. If these needs aren’t being met, they have been known to abandon the kids.

Unlike other goat breeds, angora goats don’t tend to have a lot of multiple births. Usually they have just one kid, but there are better chances of twins if the parents are getting the proper nutrients in their diets. 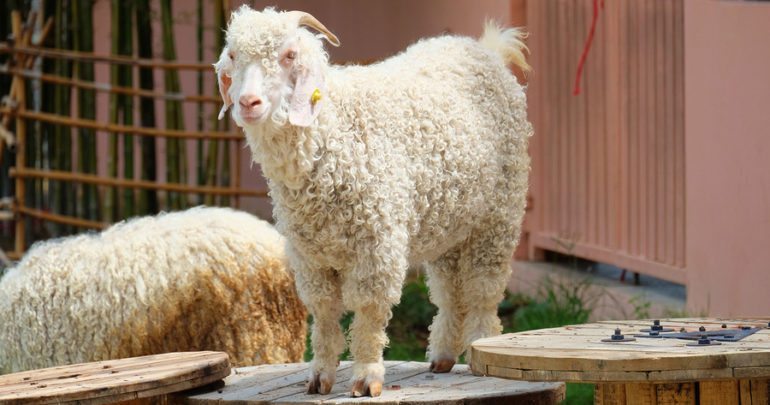 How much land you have is going to determine how many goats you can have. Is the land an irrigated pasture or does it have a lot of brush? Can the land be hayed? If it can be hayed, you can then figure out how productive it can be. Remember, goats eat about a ton of hay and forage each, per year, or five pounds per day.

Every goat should have a stall that measures at least 16 square feet. Make sure your calculations include the number of kids you plan to breed in the spring, since these goats aren’t overly fond of sharing their space. It is a good idea to have separate kidding stalls for the best rate of survival.

You need to be able to devote a lot of time to your goats, so if you don’t have time to care for them, don’t start raising them. If you don’t enjoy caring for your goats, they will know it, and they won’t be overly responsive to you. The labor isn’t difficult, but it does take time and it requires attention.

When it comes to buying angora goats price isn’t a huge deal. In fact, it only costs $300 to $350 per animal as a rule in the United States. Make sure you do your homework, and contact a variety of breeders before making your final decision to make sure you are getting the best animals for the best price.